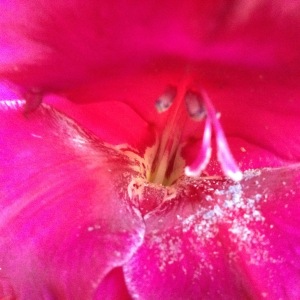 On this long, beautiful & winding journey that I know as my spiritual path, a common thread has remained prominent. I have heard it time and time again, especially at the moments that I have come to pivotal points, where I am feeling unsure – to look within, that all answers reside within oneself.

Synchronicities continue to reveal themselves to me, as I focus intently. As I was beginning this post this morning, I glanced at the blinking light on my phone with no expectation of what information may be arriving (I much prefer hand-written letters in the mail, but not many people do that anymore – one of my intentions is to create a formation of this practice, between myself and those whom of which I share similar interests with). How clear and concise the Universe is, with its timing and messages.

Secret #2 is just that: The World Is In You

The mystery of life is the first secret, which I spoke about in my previous post, Inner Wisdom: The Book of Secrets. Deepak elaborates that in order to solve the mystery, we must live like a cell-meaning that we must shed our old ways of being that were instilled, as an aftereffect of someone else’ old choices. He also does an amazing job of delving in to the many sides of this issue, including the topic of reality and illusion, and how it relates to our belief systems. Those old choices could consist of your parents, your grandparents, those who filled your environment when you were a child-anyone who/any experience that had an impact on your developed patterns of behavior and reaction.

Your set of beliefs is a very crucial piece in forming the way in which you exist in this experience, and being flexible enough to shift your perception is an essential key to shifting with the changes and growth that this life has to offer. Gripping onto outdated beliefs is binding and confining, which does not allow one to expand further than what they already know. Being able to wrap one’s head around this is one of the first steps towards shifting into the new, uplifting and innately free paradigm that exists when we become in tune with the most conscious form of ourselves as human beings.

Deepak goes on to explain materialism and illusion-what is real, what is a fallacy-and how this impacts consciousness on an individual level.

“As convincing as the material world looks, to the great embarrassment of modern science, no one has been able to prove that it is real. Ordinary people don’t focus on science, so this glaring problem is not well known. Yet any neurologist will assure you that the brain offers no proof that the outside world really exists and many hints that it doesn’t. All the brain does, in fact, is to receive continuous signals about the body’s state of chemical balance, temperature, and oxygen consumption, along with a crackling stream of nerve impulses. This mass of raw data starts out as chemical bursts with attached electrical charges. These blips run up and down a tangled web of spidery nerve cells, and once a signal reaches the brain…the cortex assembles the raw data into even more complex arrangements of electrical and chemical blips. The cortex doesn’t inform us about this never-ending data processing, which is all that is happening inside gray matter. Instead, the cortex tells us about the world–It allows us to perceive sights, sounds, tastes, smells, and textures–the whole array of creation. The brain has pulled an enormous trick on us, a remarkable sleight of hand, because there is no direct connection between the body’s raw data and our subjective sense of an outside world. For all anyone knows, the entire outside world could be a dream. When I’m in bed having a dream, I see a world of events just as vivid as the waking world…So does my brain dedicate one apparatus to making the dream world and another to the waking world? No, it doesn’t. In terms of cerebral function. the dream mechanism doesn’t flick off when I wake up. The same

visual cortex in the rear of my skull allows me to see an object–a tree, a face, the sky–whether I am seeing it in memory, in a dream, in a photo, or standing before me. The locations of brain cell activity shift slightly from one to the other, which is why I can distinguish among a dream, a photo, and the real thing, yet the same fundamental process is constantly taking place. I am manufacturing a tree, a face, or the sky form what is actually a random tangle of spidery nerves shooting bursts of chemicals and electrical charges in my brain and all around my body. No matter how hard I try, I will never find a single pattern of chemicals and charges in the shape of a tree, a face, or any other shape. There is just a firestorm of electrochemical activity. This embarrassing problem–that there is no way to prove the existence of an outside world–undermines the entire basis of materialism. Thus we arrive at the second spiritual secret: You are not in the world; the world is in you…Having said that the whole world is created in me, I immediately realize that you could say the same thing. Are you in my dream or am I in yours–or are we all trapped in some bizarre combination of each others personal version of events? To me, this isn’t a problem but the very heart of spirituality. Everyone is a creator. The mystery of how all these individual viewpoints somehow mesh, so that your world and mine can harmonize, is the very thing that makes people seek spiritual answers. For there is no doubt that reality is full of conflict but also full of harmony. It is very liberating to realize that as creators, we generate every aspect, good or bad, of our experience. In this way, each of us is the center of creation.” pg. 23

I find this to be fascinating and resonate with it deeply. I believe that the idea that we manifest our own reality is truth-but I also believe that everything happens for a reason, that what we focus upon expands, and that fate is deeply woven into this life. It is a goal of mine to figure out how or if these two beliefs can co-exist and function simultaneously, and how free-will fits into this in a bigger picture view.

I have much respect for the many opinions, and many ways of being that promote love, equality, and co-existence in this world. I also have much hope for the acceleration of the expansion of consciousness on a global scale, creating waves of revolutionary ways of thinking and being-revelations that create waves of positive changes-so that the future generations can break past societies old paradigms. With that being said, I strongly believe that every individual’s experience of how to get there is going to be different, but that we naturally flow into and with the wavelengths of others who are following a similar path.

Another synchronicity that arrived, was this message on my phone that came at the same time as the previous one, which allowed me to reflect on how diverse this journey’s paths range-while also allowing me to recognize the simple truth that every river reaches the sea, eventually.

I hope that the sharing of these words shed some light, or created a new pathway for opening perspective in the mind of someone who’s in need. I wish to be like a lighthouse, helping guide the way. If you feel inspired by the words, reach out with your energy in whatever way you know to be true to your heart.